Online used-car dealer Carvana Co., known for its vehicle vending-machine towers, has a secret sauce to its business success: a way of handling car loans that turbocharges revenue.

The company has become a market darling during the pandemic, benefiting from huge demand and high prices for used vehicles. Its stock has skyrocketed more than 1000% since the depth of the Covid-19-related selloff in March 2020 and is now valued at more than Ford Motor Co. at about $63 billion.

Part of the attraction to investors: selling cars is only part of what makes Carvana money. In the second quarter, around 36% of the company’s gross profit per unit came from selling loans it made to customers to buy the cars. Retail sales accounted for 39% of gross profit per unit, Carvana’s preferred earnings measure. Other types of income, including from vehicle-servicing contracts, made up the rest.

The company had a setback this past week when North Carolina suspended Carvana from selling cars in the Raleigh area until January after determining it failed to deliver titles to the motor vehicle department and sold cars without state inspections. Carvana said it was pleased to reach a solution, following a probe by the state’s Division of Motor Vehicles.

When Carvana makes a car loan to a buyer, it packages it with other loans and sells the debt to investors. While other auto lenders also sell loans to investors, they typically keep the debt on their books, recording gains and losses over time. Carvana, on the other hand, doesn’t retain the debt and immediately books gains on the cash sales.

For now, that bolsters revenue. Critics warn the practice could leave the company vulnerable if debt-market conditions change or if the loans Carvana makes start to sour.

Indeed, loan-sale revenue sank when securitization markets shut down in the first half of 2020. A linchpin of the transactions is that Carvana is able to sell its car loans to investors at a premium to their face value.

“If the loans do sour, then investors in the future will not be willing to pay the same premium, and then profitability will be impacted,” said Seth Basham, an analyst at Wedbush Securities.

So far, Carvana has defied skeptics. Rising car prices and low interest rates have buoyed borrowers’ ability to pay back the loans.

Ratings company KBRA upgraded five of Carvana’s public securitizations in June, citing lower-than-expected losses on the loans. Losses in one transaction from 2019 are around 3.77%, better than expectations of 6.18%, the agency said.

Ernie Garcia III, the company’s chairman and chief executive, said its financing business is just one of several reasons the company has done well, including its website design and the way it buys trade-in cars from customers.

“Our goal is to always deliver to our customers the best experience, the best selection, and the best value that they can get when buying a car,” he said.

Carvana was founded in 2012 with the aim of disrupting the used-car industry. Instead of haggling on a lot, Carvana sells vehicles online and delivers them to consumers’ homes. 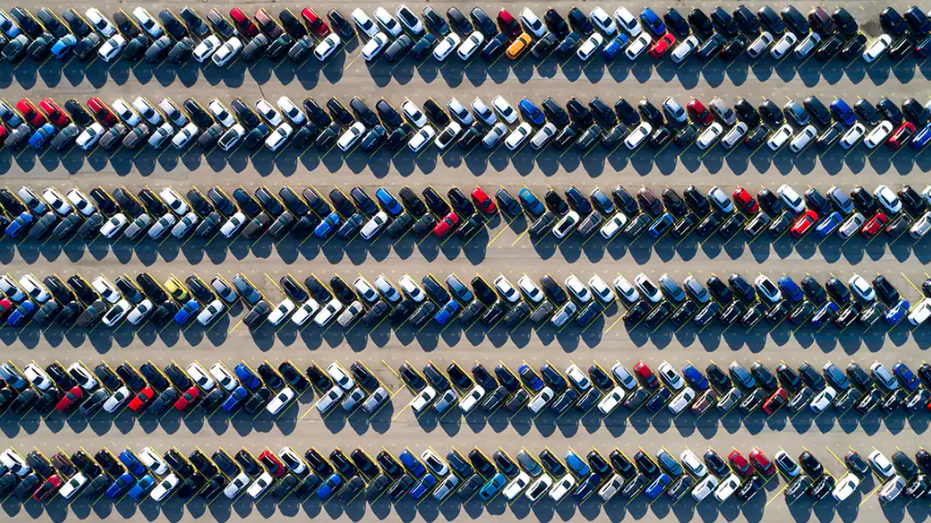 Sales of cars surged during the pandemic thanks in part to Carvana’s socially distanced business model. It almost doubled sales to more than 100,000 vehicles in the three months to June compared with the year earlier.

Along with the car sales came a similar surge of auto loans. It sold $3.1 billion of loans to securitization trusts and other investors in the first half, doubling from the same period in 2020.

Auto-loan securitization is a massive business. Consumers borrow money from car dealers, auto makers and banks, who bundle the loans into bonds issued by trusts. Investors looking for steady income, such as pension funds and insurers, buy the bonds. The companies selling the loans to the trust are required by post-financial crisis rules to keep at least 5% exposure to each deal.

Most of the auto industry takes a different accounting approach from Carvana.

CarMax Inc. said it doesn’t book a gain when it transfers its loans to securitization trusts because it maintains a continuing involvement in the loans. The company runs a loan-servicing business, collecting the money owed from borrowers. It also retains its 5% exposure by keeping the riskiest portion of its securitizations, giving it potential upside and control.

By keeping the loans on its balance sheet, CarMax earns interest income over the life of its loan portfolio, to “capture more lifetime profit,” according to a spokesperson.

General Motors Financial Co. and Ford Motor Credit Co. include trusts on their financial statements, according to the companies. Santander Consumer USA Holdings Inc. keeps most loans on its books, but records certain securitizations as sales, a spokesperson said.

Carvana, on the other hand, doesn’t service its loans. And instead of keeping the riskiest portion, it buys pieces of each bond issued by the trusts for its 5% exposure. Those two factors mean, under accounting rules, it doesn’t need to keep the loans on its balance sheet, the company says.

Carvana uses a related party, Bridgecrest Acceptance Corp., for loan servicing. Bridgecrest is owned by DriveTime Automotive Group, a Tempe, Ariz.-based used-car dealer. Carvana was spun out of DriveTime, which is owned by Ernie Garcia II. He owns around 45% of Carvana and is the father of its CEO.

S&P Global Ratings said Carvana is the only auto company it is aware of that doesn’t service the loans in its securitizations.

There are trade-offs to booking profit on loans up front. Gains can be episodic and they rely on markets being open and investors paying a premium, accounting professors said.

“It would make the profitability lumpier,” depending on how frequently a company securitizes its loans, said Bob Herz, former chairman of the Financial Accounting Standards Board who is now an executive in residence at Columbia Business School.

Carvana’s auditor, Grant Thornton, noted the gains on the loan sales in Carvana’s 2019 and 2020 annual reports as a critical audit matter, which are items in an audit that are seen as especially thorny to sort out. Critical audit matters aren’t meant as an indication of potential wrongdoing.

Determining whether transferring loans into the trusts meets the criteria to qualify as a sale involves “complex judgments” and legal opinions, Grant Thornton said. The firm declined to comment beyond its auditor’s report.

The loan sales have attracted attention from short sellers, who describe them as a potentially unsustainable source of income.

“If the market gets a little bit softer, such that people are only paying par—heaven forbid a discount—on those new loans, well, right off the bat, you get rid of 30% of Carvana’s earnings,” said Jared Rose, an investor at Gravity Partners Capital Management Inc. in Toronto, who said he has put options on the stock falling.

Carvana says it isn’t aware of any evidence that gains on loan sales are unsustainable.

Click here to read more on the Wall Street Journal

Could The Used Car Market Finally Be Cooling Off? – Jalopnik