Despite doubling its revenue from a year ago and a record first half for the UFC, Endeavor was saddled with a $319 million loss for its second quarter earnings.

The losses were due primarily to heavy operating and sales costs, and comes after a quarter in which it managed a small $2.4 million profit. Revenue for the most recent quarter was $1.1 billion, almost double from what it was a year ago ($650 million). The UFC also had its biggest first half in history. The revenue was in line with analysts’ expectations.

Despite the continued challenges the Delta variant of COVID-19 poses to Endeavor’s main businesses, the company has raised its guidance slightly for the rest of the year $4.80 billion to $4.85 billion, up from $4.76 billion to $4.83 billion. 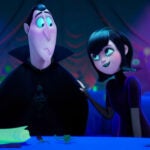 Endeavor paid down $600 million of its massive debt burden, which now stands at $5.35 billion as of June 30.

“Despite continued challenges brought on by the pandemic, our company once again demonstrated resilience, due
in large part to our global portfolio of premium assets and the creativity of our employees and partners,” remarked Ariel Emanuel, CEO, Endeavor. “As you look at the secular trends defining our industries — marked by the growing demand for content, the increased value of the talent and brands behind that content and the desire of people to come together around live events and experiences — Endeavor remains firmly and uniquely positioned for a strong second half of 2021.”

Representation segment revenue increased $135.4 million, or 70.2%, to $328.2 million, compared to the second quarter of 2020, primarily attributed to the increase in project deliveries at Endeavor Content and a gradual growth in client commissions.

Endeavor went public on April 29 and raised more than $500 million, with an additional $1.7 billion in private placement, the latter of which was used to fund its UFC buyout.