Most Galaxy S22 models will be powered by Snapdragon 898, not Samsungs AMD chip: report – PhoneArena 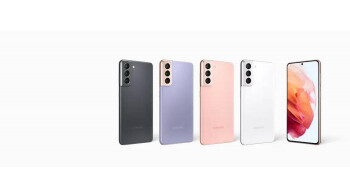 With Galaxy Z Fold 3 and Flip 3 announcements out of the way, it’s time for Samsung Galaxy S22 rumors to take the center stage. Perhaps the most exciting thing about the new range is the AMD-powered Exynos 2200 chipset. Per the latest from lanzuk of South Korea’s Naver forum (via Tron), only a few regions will get Samsung’s chipset.

Only South Korean Galaxy S22 will get the AMD Exynos 2200

This apparently has nothing to do with the chip’s performance. Reports have painted a positive picture, with some going as far to say that the processor is as good as the A14 Bionic chip that powers Apple’s iPhone 12 series. Rather, it’s because of low yield and mass production issues.

It looks like only a handful of markets will get the Exynos 2200-powered Samsung Galaxy S22 series, and it’s also likely, per the post, that it will be limited to South Korea. This implies that the rest of the regions will get the Snapdragon 898, Qualcomm’s next flagship SoC.

The South Korean giant clearly has its hands full as it is reportedly also working on the Tensor chipset for Google’s Pixel 6 duo, which a recent report indicates has a lot of Exynos DNA.

Moving on, the Galaxy S22 is not expected to embrace Galaxy Z Fold 3’s under-panel camera technology. The new series is rumored to have the same design as the current iteration. Samsung will also use the same RAM and storage configuration.

The cameras on the new models, especially the Ultra, will apparently be significantly improved. Whether Samsung will go for a 200MP camera or use an improved version of the 108MP remains to be seen.

Samsung would do well to plan out the next series intelligently, considering that dazzling specs didn’t do much for the Galaxy S21 series. Otherwise, the best Chinese Android phones will steal the limelight.