Pixel 5a has the biggest battery of any Google Pixel phone yet, component images reveal – PhoneArena 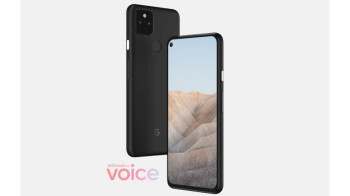 Multiple sources have said that Google will release the Pixel 5a later this month. The budget device isn’t expected to be much different from the Pixel 4a 5G, both in terms of design and specs. In February, we saw CAD-based renders of the phone, and today, Android Police has posted images of components that are being sent to repair stores ahead of the launch.
The images are in line with those leaked renders and are further proof that the Pixel 5a will closely resemble the Pixel 4a 5G. The only major change is apparently the ribbed power key and the back that has a more rubbery feel to it when compared to the hard plastic of the outgoing generation. The images also suggest that the headphone jack is not going anywhere.
The outlet also says that the Pixel 5a will pack a 4,680mAh battery, the biggest ever in a Pixel phone. Per an earlier leak, the Pixel 5a will cost $450 and it will be released on August 26. According to today’s report, the phone will be announced on August 17. It will only be available in the US and Japan.
The device will reportedly be powered by the same Snapdragon 765G SoC that fuels the Pixel 5 and Pixel 4a 5G. It will allegedly feature a 6.4-inches screen and might inherit Pixel 5’s camera. The phone will only come in black and it will be IP67 rated.
Whether a bigger battery alone will be enough to give it a spot in the best midrange phones of 2021 remains to be seen. Android Police’s Max Weinbach has pointed out that the Pixel 4a 5G that runs on the same chip and packs a 3,885mAh cell has a great battery life, which means the Pixel 5a would be a great device for consumers who prioritize multi-day battery life.