Sources tell FOX Business’ Charlie Gasparino the FCC is engaging with T-Mobile on whether Boost users will be thrown off network if they keep devices.

T-Mobile says it is looking into reports that its systems were hacked yet again after experiencing several breaches in recent years, but has so far stopped short of confirming whether customers’ personal data was stolen.

Vice‘s Motherboard reported over the weekend that the telecom giant experienced a massive breach, citing hackers on an online forum purporting to be selling the data – which allegedly includes the names, Social Security numbers, addresses and other details of customers. If the report is correct, the current breach is the largest of several hacking incidents T-Mobile has experienced in recent years, impacting 100 million customers.

The company’s stock dropped nearly 3% following the news, closing at $140.73 per share.

In a statement to FOX Business on Monday, a T-Mobile spokesperson said the company has been “working around the clock to investigate” the claims, but does not yet have a full picture of how widespread the breach might be.

“We have determined that unauthorized access to some T-Mobile data occurred, however we have not yet determined that there is any personal customer data involved,” the spokesperson said. “We are confident that the entry point used to gain access has been closed, and we are continuing our deep technical review of the situation across our systems to identify the nature of any data that was illegally accessed.” 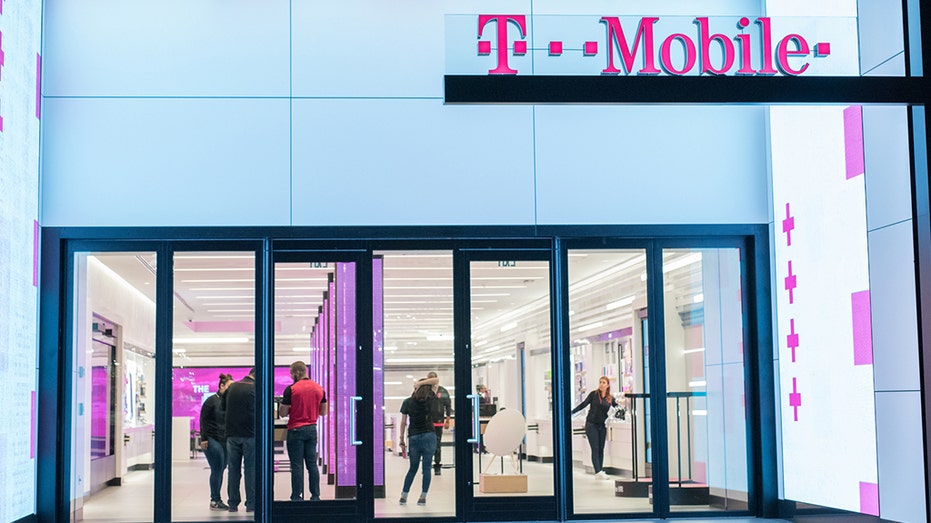 T-Mobile says it is looking into reports that its systems were hacked yet again after experiencing several breaches in recent years, but has so far stopped short of confirming whether customers’ personal data was stolen. (Getty Images / Getty Images)

Acknowledging that customers have questions and concerns regarding the reports, the company’s statement went on to say, “Until we have completed this assessment we cannot confirm the reported number of records affected or the validity of statements made by others.” The company added, “once we have a more complete and verified understanding of what occurred, we will proactively communicate with our customers and other stakeholders.”

T-Mobile has suffered data breaches each of the past three years, impacting roughly 2 million customers in 2018, another million in 2019, and roughly 200,000 people in an attack at end of last year. The company’s employee email system and some customer data were also hacked in March of 2020.