Those Surging Home Prices May Not (Totally) Be A Bubble : Planet Money – NPR 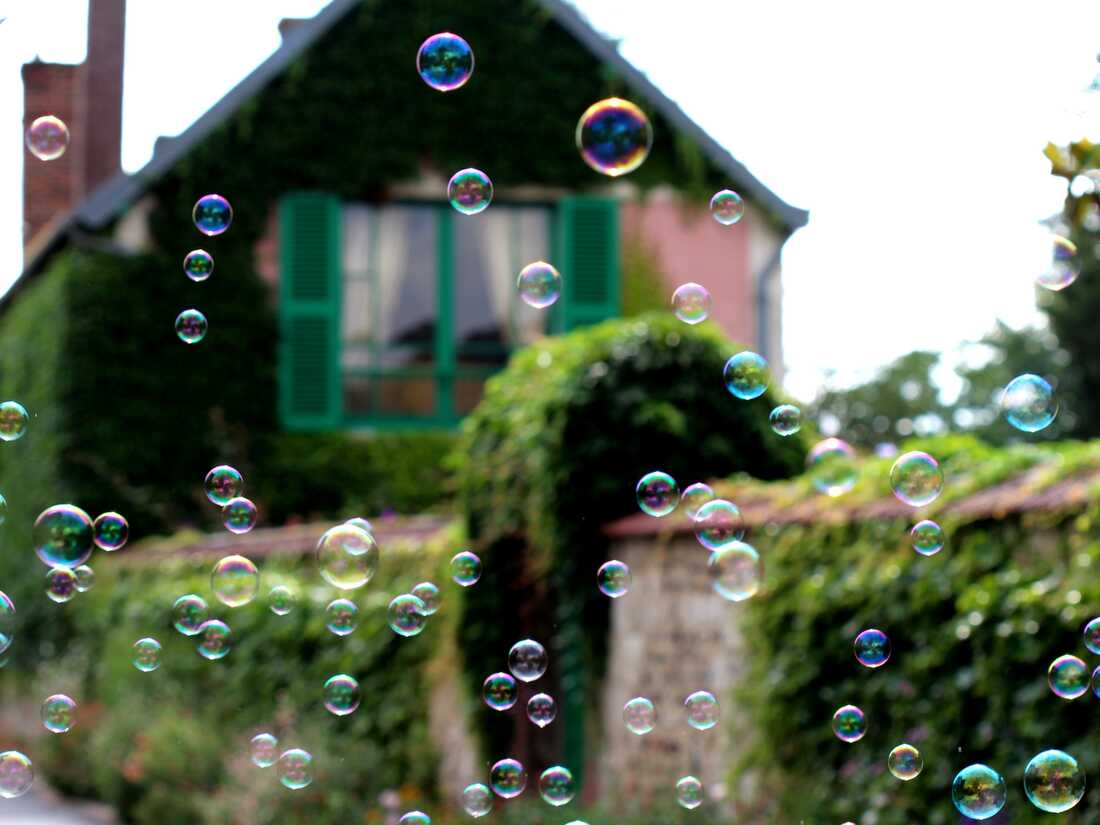 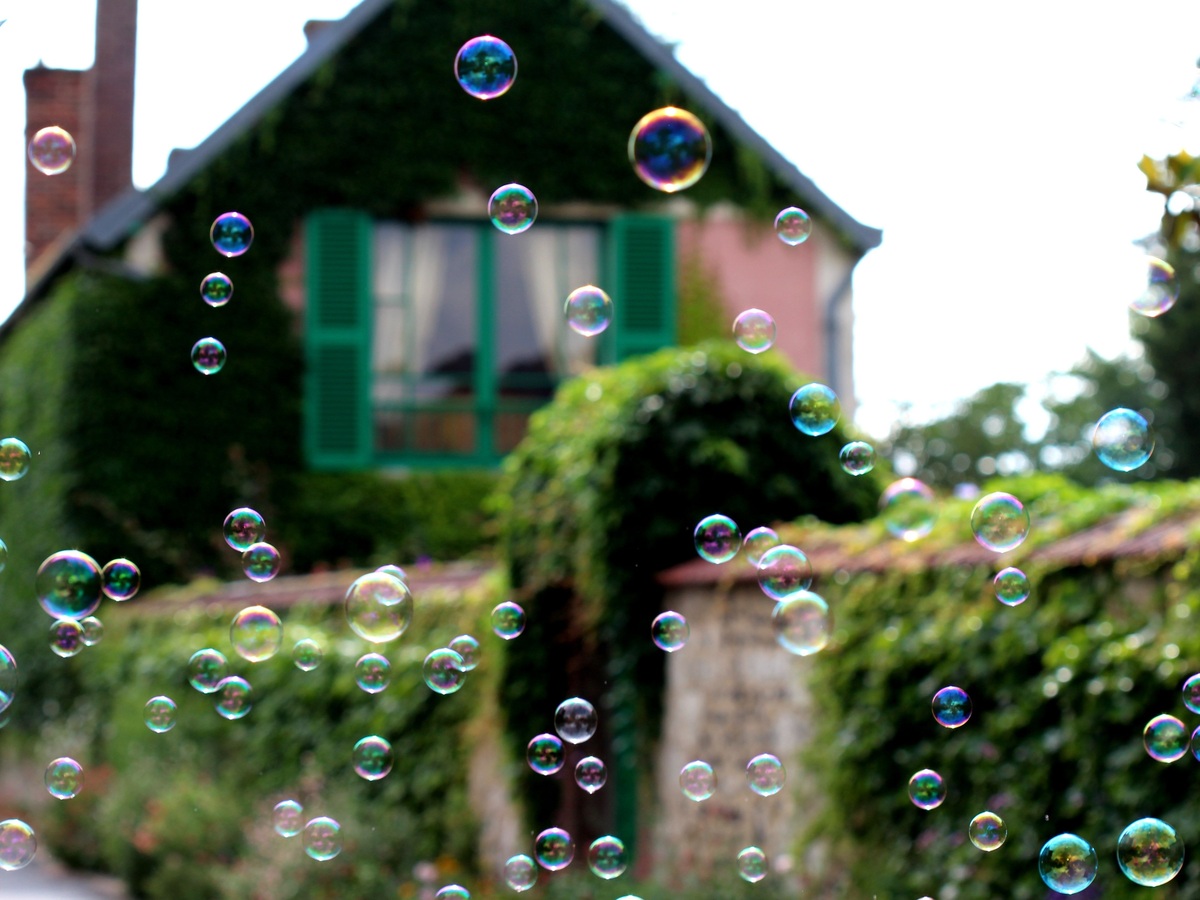 Even before the pandemic pushed the U.S. housing market into overdrive, the price of the average American home was on a rocket ride, climbing more than 50 percent between 2012 and 2019. It was the third biggest housing boom in American history. Then came the pandemic, marked by a buying frenzy and a selling freeze, which created a supply-demand mismatch that made the price boom go into warp speed. The average price of American homes, in real terms, is now the highest it’s ever been — even higher than the peak of the housing bubble in 2006, before it crashed 60 percent and bottomed out in 2012.

Now that home prices have surpassed the peak that preceded the 2000s housing crash, many people are worried. Are we in another bubble? Or maybe the housing bubble a couple decades ago wasn’t really a bubble? If so, then why was there a crash?

A new study by economists Gabriel Chodorow-Reich, Adam M. Guren & Timothy J. McQuade helps to explain the dynamics of our bonkers housing market. It has the perfect title: “The 2000s Housing Cycle With 2020 Hindsight.”

[Editor’s note: This is an excerpt of Planet Money‘s newsletter. You can sign up here.]

They find evidence that the price surge in the 2000s was indeed a bubble, which serves as a scary reminder that the housing market can go wild and crash. But they also find evidence that may provide some comfort to homeowners: Something real can explain the long-run upward trend in home prices.

Economists define bubbles as when the prices of assets — like stocks and houses — depart from their fundamentals. Fundamentals are what an asset is actually worth. A house’s fundamental value includes things like its proximity to good-paying jobs; whether it’s in a locale with a nice climate or fun things to do; whether the school district is good; whether it has desirable characteristics, like good square footage and an architectural style that’s en vogue. Importantly, the fundamental value of a house is determined by the supply and demand for houses in a given area: if it’s very desirable to live in that area and there aren’t enough homes for incoming residents, the fundamental value of each house will rise.

There’s been a decades-long economic debate over if and why manias cause homes to depart from their fundamentals. One side believes that homebuyers and sellers are very rational, effectively processing information about home fundamentals before they buy or sell. They believe housing bubbles are very rare, or even impossible. The other side believes that quirks of human psychology lead homebuyers and sellers to misjudge the fundamental value of homes, leading to bubbles and crashes.

In this new study, the economists look backwards, with 20/20 hindsight, and do lots of work to figure out what the fundamental value of homes really were. They look at factors like job growth and amenities that increased housing demand in local markets around the nation. And they look at how hard it was to increase the supply of new homes in those areas to accommodate rising demand.

The economists find these fundamentals explain most of the long-run price growth in those areas. Not only that, they find that these fundamentals explain which places had the biggest booms, the biggest busts, and the biggest rebounds. Gabriel Chodorow-Reich, a Harvard economist who co-authored the study, says these places were mostly the so-called superstar cities, which have seen roaring economic growth over the last few decades. “The fact that the largest long-run growth is in superstar cities, like San Francisco, Seattle, San Diego, and Boston — places that have constrained supply, lots of growing industries and good jobs — suggests this was a fundamentals-driven cycle.”

But, if there was a real reason for prices to soar in these places, then why did these places see a bubble and crash? To explain this, Chodorow-Reich and his colleagues resurrect a theory of a long-dead economist, Charles Kindleberger.

The Bubble Theorist Who Led An Amazing Life

Charles Kindleberger should probably have a Hollywood movie made about his life. During WWII he worked for the Office of Strategic Services (OSS), the predecessor of the CIA. After the war, he was one of the brilliant minds behind the Marshall Plan, which helped rebuild Europe. Kindleberger then started researching and teaching at MIT, producing a flurry of influential books and papers.

Kindleberger’s most popular book was called Manias, Panics and Crashes. The book provides a sweeping history of financial crises, from the currency crisis in the Holy Roman Empire, to “tulipmania” in Holland, to the dotcom bubble in the late 1990s.

“The main thing we draw from that book is the idea that these boom-bust cycles start with some change in fundamentals,” Chodorow-Reich says. For example, in the 19th century, America saw the invention and spread of steam-powered locomotives. Investors got excited about that, and rightly so: it was a technology that would make lots of money. When America started building the transcontinental railroad, the value of land around wherever they put train stops became more valuable. People could stop, shop, set up businesses, and live more easily near there now.

But, in Kindleberger’s theory, investors got over-excited about the economic changes being brought about by the new technology. They began seeing the sky as the limit. They over-speculated on land near railroad stops, often borrowing from banks and racking up debt in the process. At some point reality kicked in, and prices began to fall. Once prices fell, investors couldn’t pay their debts, and that led to a crisis. It’s a general pattern he finds repeated over and over in history.

Chodorow-Reich and his colleagues see something similar in the boom and bust in America’s housing market between 1997 and 2012. The fundamental value of living in places like San Francisco and New York and Boston and other superstar cities really did change. Tech boomed. Finance boomed. All kinds of other industries boomed. They drew in people from around the world who wanted good-paying jobs. Cities also got safer and prettier, with better greenspace and cool things to do, making living in urban cores more attractive. Meanwhile, there wasn’t enough housing supply to accommodate this new demand.

“Those fundamentals made prices rise — but then homebuyers got over-optimistic about that,” Chodorow-Reich says. And homebuyers getting over-optimistic became a serious problem because of the big role that mortgages play in financing homes. This debt was like strapping a stick of dynamite to price dynamics. When prices started to dip, a bunch of people started owing more on their mortgage than the value of their house. And, together with a broader recession that killed jobs and hurt incomes, that caused a foreclosure explosion.

A glut of foreclosed houses flooded the market, Chodorow-Reich says, and that pushed prices down so much that they dipped below their fundamentals. But, they find, that also set up the conditions for the rebound. It explains why we began to see another housing boom after 2012, when the backlog of foreclosed houses had been bought up.

In media descriptions of the housing bubble, the poster children of the boom-bust cycle were places like Las Vegas, Nevada. And, in the economist’s data, the prices of Las Vegas homes do show a massive bubble and crash. But while Vegas did see a fast rebound after 2012, the crash there was so large that their overall long-run growth is lower than in superstar cities, where booming innovative industries continued to bring in swarms of people wanting houses. So Vegas is a bit of an outlier and not as representative of the broader picture they paint of fundamentals-driven price growth.

What Does This Mean Now?

The economists’ data only goes through 2019, so they don’t have much to say directly about the surging home prices of the pandemic era. However, Chodorow-Reich says, their paper can help us think about it. Demand for more space and hopes for continued remote work have made the suburbs more desirable. In other words, it’s changed their fundamentals, especially considering the suburbs haven’t been willing to build lots of new housing to accommodate new demand.

But, there’s also a lot of uncertainty about the future of remote work, and it’s possible people are over-optimistic about these fundamentals. It’s possible homebuyers are overestimating future demand to live in the burbs; or maybe people are overestimating the continued importance of superstar cities. To prevent a potential correction from exploding into something worse, Chodorow-Reich says, policymakers need to be mindful about the crucial role that over-indebtedness can have in turning a potential future dip into a full-on, cataclysmic crash.

Did you enjoy this newsletter segment? Well, it looks even better in your inbox! You can sign up here.