Wall Street Is Paying Over $100000 To Junior Bankers. For Many, Thats Not Enough – NPR 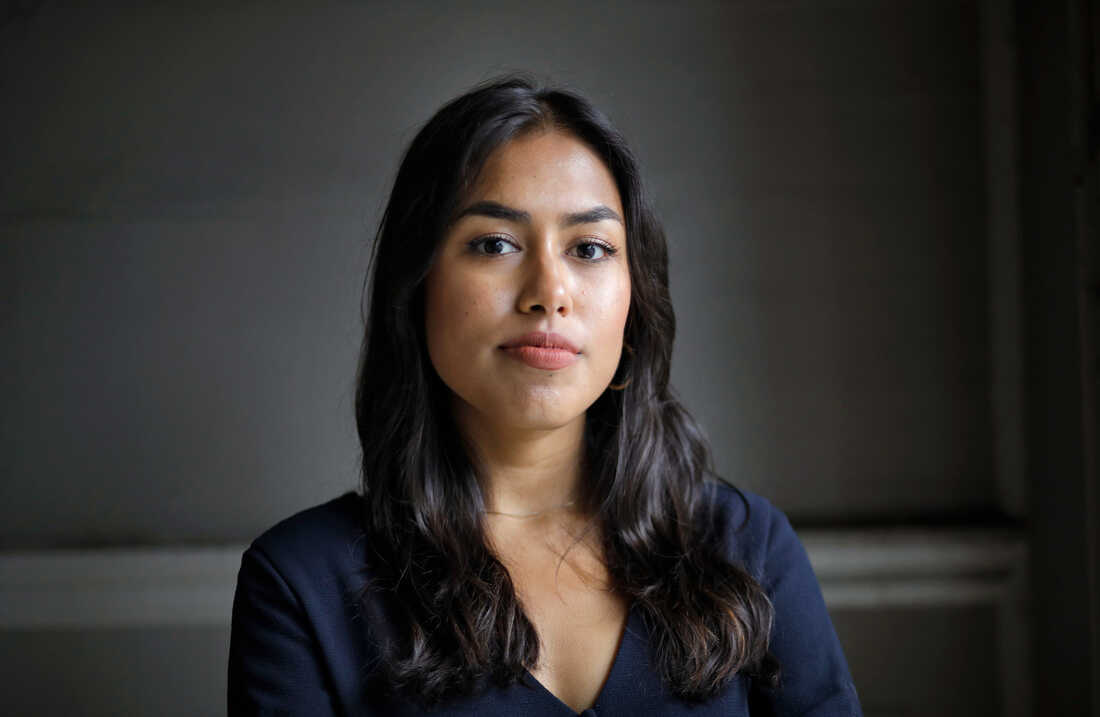 Tashrima Hossain, who used to work on Wall Street, but quit to join Facebook, is part of a growing number of young people who are no longer attracted to investment banking despite surging salaries. She posed for a portrait at Alamo Square in San Francisco on Aug. 11. 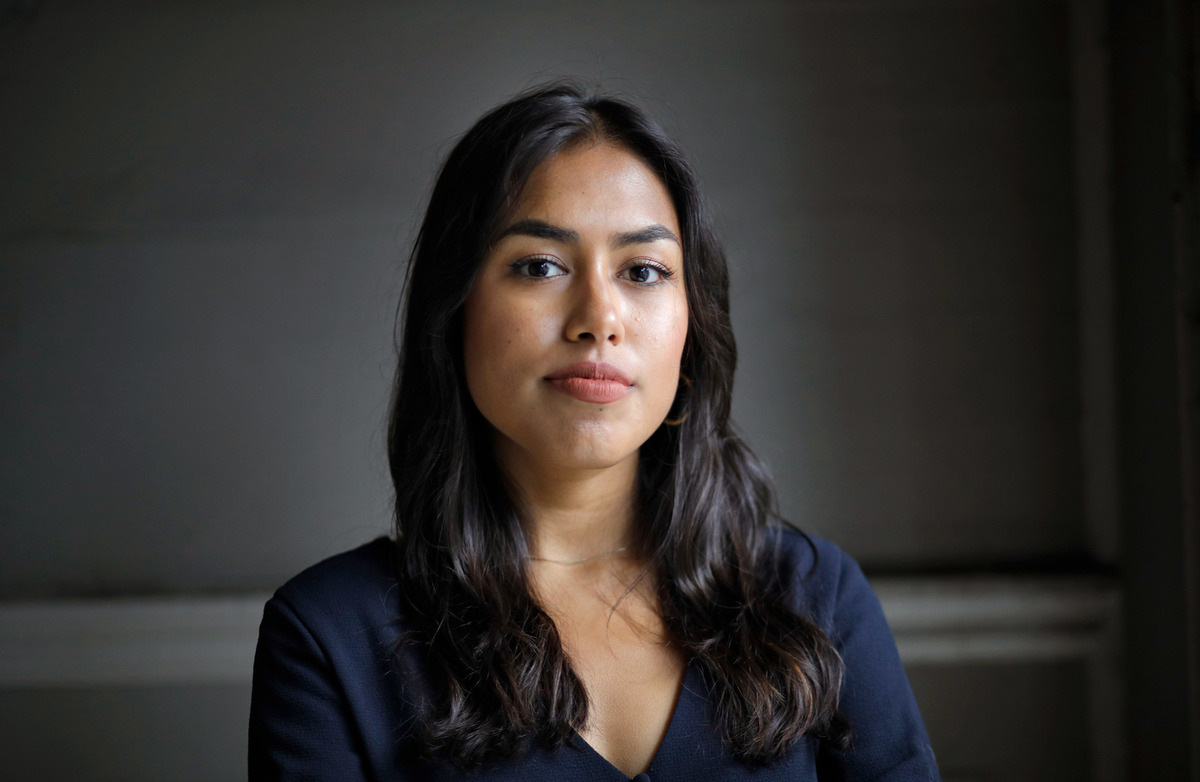 Tashrima Hossain, who used to work on Wall Street, but quit to join Facebook, is part of a growing number of young people who are no longer attracted to investment banking despite surging salaries. She posed for a portrait at Alamo Square in San Francisco on Aug. 11.

For years, Wall Street was a top destination for star students like Tashrima Hossain, a class president at Stanford University with ambitions to change the world.

Hossain had interned for nonprofits and was seriously considering going to graduate school. But she figured a detour to Wall Street would teach her useful skills and provide networking opportunities. And the six-figure paycheck wouldn’t hurt.

So, she took an entry-level job at J.P. Morgan. Her goal was to do it for two years. But Hossain soon found herself putting in long hours, crunching numbers in Excel spreadsheets and preparing PowerPoint presentations for more senior bankers.

“I kind of thought about it as a means to an end, but when I started, I realized that it wasn’t necessarily the means to an end that I wanted,” Hossain remembers. 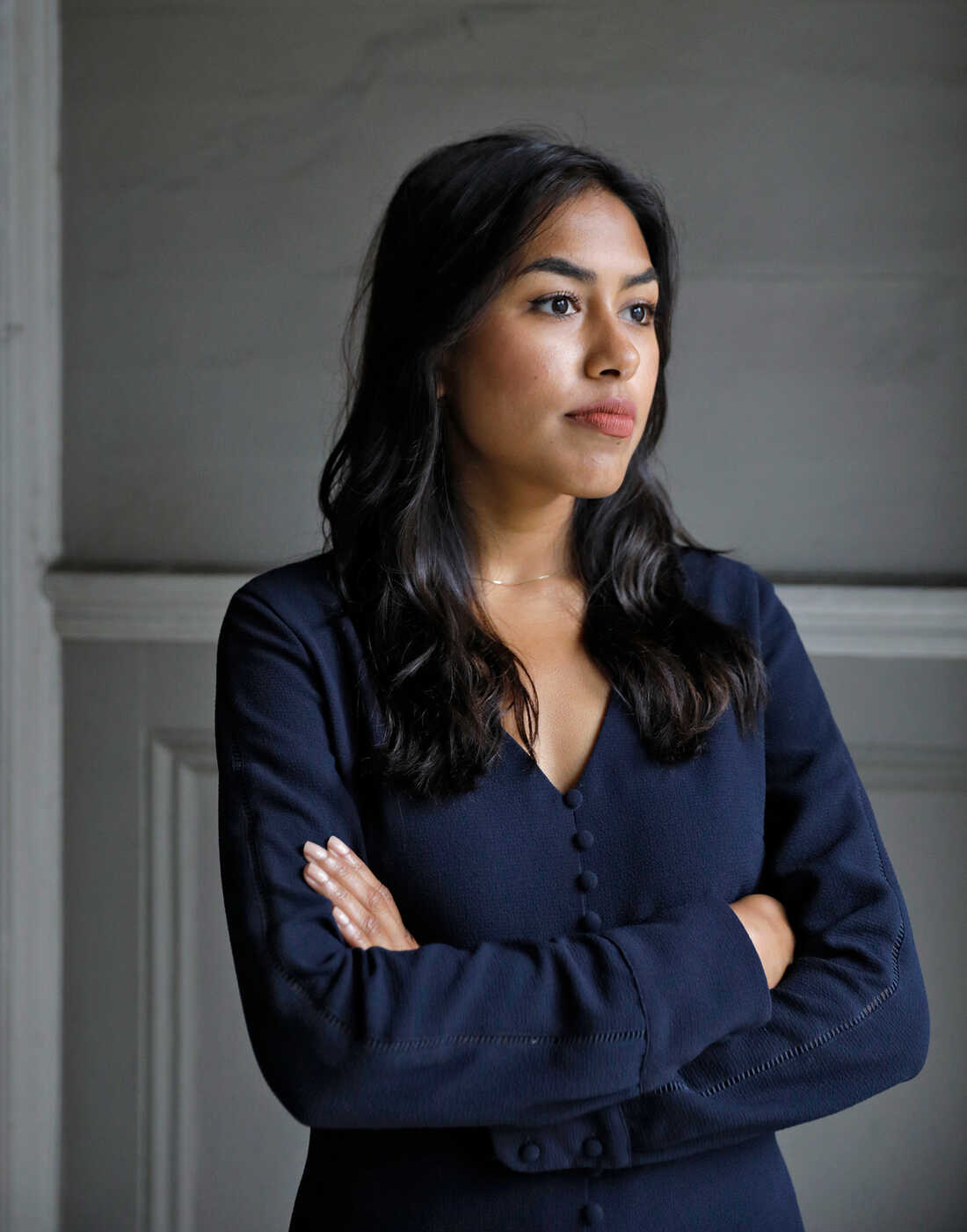 Frustrated by the long hours at J.P. Morgan, Tashrima Hossain decided to quit her high-paying job there early. She is photographed here in San Francisco, Calif. on Wednesday, August 11, 2021. 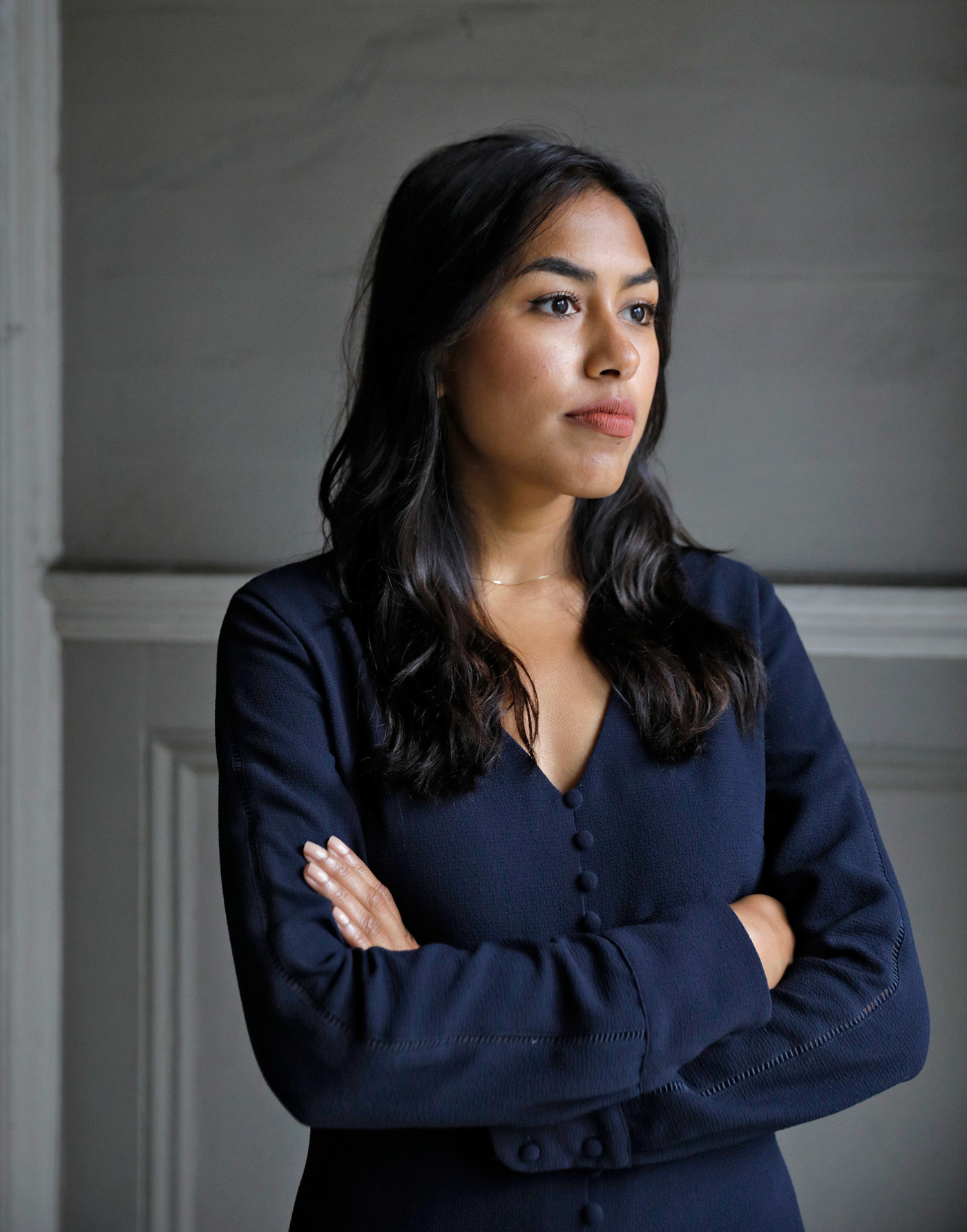 Frustrated by the long hours at J.P. Morgan, Tashrima Hossain decided to quit her high-paying job there early. She is photographed here in San Francisco, Calif. on Wednesday, August 11, 2021.

Wall Street has a big problem on its hands. It’s experiencing a year of record profits, yet many of the young people it needs to fill its talent pool are having doubts about whether the work involved – upwards of 80 hours per week – is worth it.

It’s a talent war, and Wall Street is fighting hard

Drew Pascarella, a lecturer at Cornell University’s business school, calls it “a talent war.” In a fast-improving jobs market, star students have a lot of options, and financial firms are vying with tech companies and private equity for top talent.

Wall Street is responding with their weapon of choice: compensation. Most banks including Bank of America, Morgan Stanley and Goldman Sachs boosted pay in recent weeks for young employees and now offer starting salaries of at least $100,000.

The pay being offered to junior bankers, many straight out of college, can sound obscene: It can now surpass $150,000, when factoring in a performance bonus, or roughly five times the per capita income in the U.S.

“I think the investment banks are watching each other, and they’re also watching other highly competitive industries,” Pascarella says. “They want to make sure that they’re staying on par.”

But it’s unclear if more money will be enough to improve recruitment and retention at investment banks – especially in the midst of a pandemic that deprives young bankers from the networking and the on-site learning that have been essential to the job.

A few months ago, about a dozen young bankers at Goldman Sachs created a PowerPoint presentation that detailed their desperation.

The bankers said they worked 98 hours per week, on average, and they slept five hours per night. They said their mental health and physical health had declined.

During the pandemic, some junior bankers stayed at their apartments in big cities and continued to work. But others returned home – and ended up hearing plenty from family and friends. 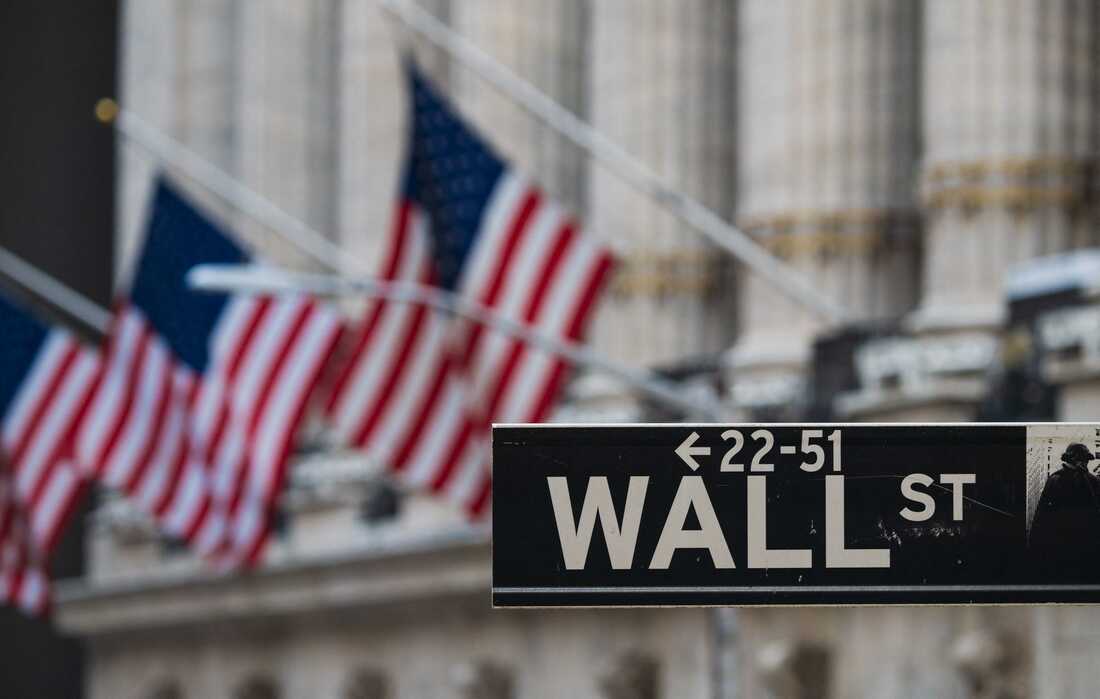 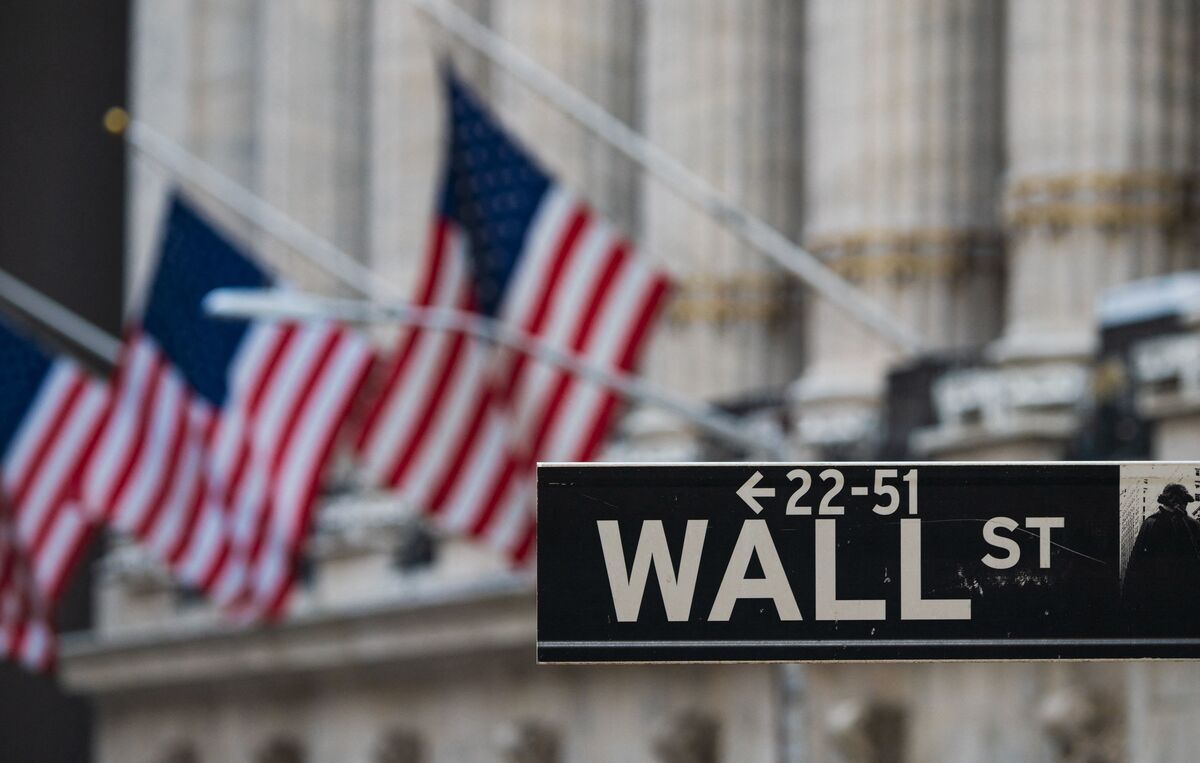 Often, Keizner says, the comments they heard sounded something like this: “‘Hold on. You’ve been sitting there, it looks like, for 48 hours straight, with your laptop on the sofa. Like, are they paying you enough to do this?'”

“And after a few months, people began to address that question by saying, ‘Well, maybe not,'” Keizner adds.

Wall Street is aware of the perception problem on its hands.

David Solomon, the CEO of Goldman Sachs, responded to the complaints and criticism hurled by its junior employees in an earnings call with analysts.

“In this 24/7 connected world, we have to help those transitioning into the workforce to understand that Goldman Sachs is a place where we work very hard to serve our clients but all need to be thoughtful about personal resilience and well-being,” Solomon said.

And he committed to enforcing one rule in particular: prohibiting most work on Saturdays, to ensure its junior bankers have at least one day a week off.

Meanwhile, Bank of America sent messages of encouragement to its junior bankers, according to an internal memo obtained by NPR announcing pay increases for analysts, associates, and vice presidents.

“Your efforts and wellbeing are critical to our success,” the heads of Bank of America’s global corporate and investment banking wrote.

Yet doubts persist about whether Wall Street’s efforts to raise pay and address morale will be enough.

Hossain, for one, says a raise would not have persuaded her to stay at J.P. Morgan. She says she wanted the opportunity to build things, to feel like she’s making an actual impact.

Today, Hossain is at Facebook, working on something that interests her more: public policy. As a program manager, she is involved in the company’s efforts to improve election integrity after the company came under intense scrutiny over its actions during the 2016 election.

“Even if I could have had an increase in salary, I don’t think that was enough for me to stay,” she says. “And largely the reason I left and took a significant pay cut to leave was because I wanted to do work that mattered to me and felt fulfilling.”

These housing markets need just a 10% down payment – Fox Business