Last year’s ZTE Axon 20 5G was the first device to ship with an under-display front-facing camera, giving users a full-screen experience without hole-punches or notches. Although the pixels on top of the camera weren’t exactly invisible — something Samsung is currently experiencing with its first hidden selfie cam — it was still some impressive tech. ZTE has returned with the Axon 30, offering the company a chance to improve its display technology, all contained in a solid mid-range smartphone.

Unlike the flagship Axon 30 Ultra released earlier this year, ZTE’s latest phone feels like a true successor to last year’s model in almost every way. It’s equipped with a Qualcomm Snapdragon 870 processor, 8GB or 12GB of RAM, and up to 256GB of storage. It keeps the same 6.92″ 1080p OLED display, though the refresh rate has been bumped up to 120Hz. The camera array on the back is also nearly identical to the Axon 20, keeping the 64MP primary lens, the 8MP ultra-wide, and the 2MP depth sensor while boosting the macro lens to 5MP. 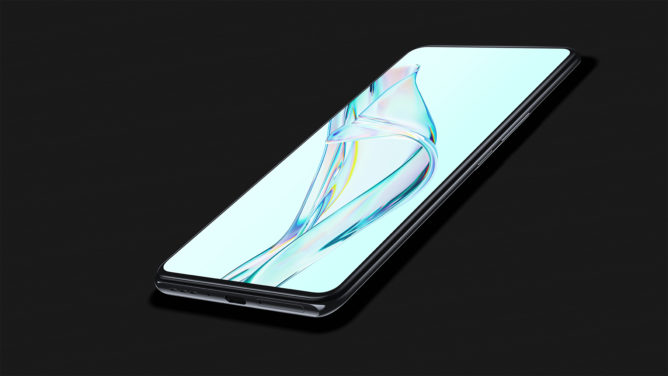 Outside of some decent mid-range specs, the highlight here really is the under-display camera. The Axon 30 keeps the same pixel density over the top of the sensor as the rest of the screen, which helps it to blend in without being noticed. Combined with some improved driver circuits and seven transparent display layers, this new module should make for a much better viewing experience than the Axon 20 ever did — and honestly, perhaps even better than Samsung’s new Galaxy Z Fold3.

If you want to get an idea of how well the new camera is hidden, JerryRigEverything has already performed a durability test on this device, even filming the video’s opening on the under-display camera itself. It’s certainly not the level of quality you’ll want for daily vlogs, but it’s not unusable for quick selfies. It’s also a great demonstration of how well the camera is hidden within the display compared to the Axon 20. As for the durability test itself, despite some severe flex in the chassis, it manages to survive and continue functioning without issues. 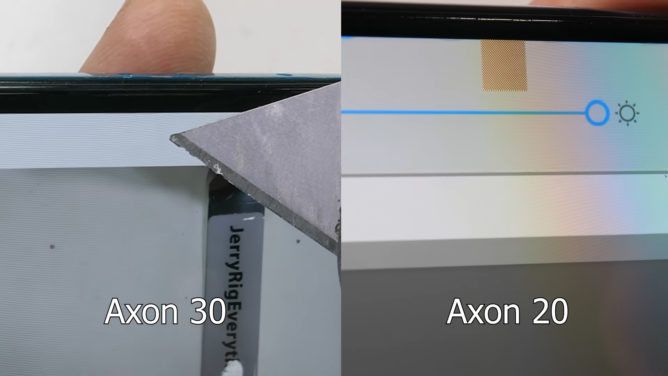 ZTE is so confident in its new phone, it’s going global for this launch, with supported countries throughout Europe, Asia, North America, the Middle East, and Africa. The Axon 30 goes on sale September 9th with pricing starting at just $499/ €499/ £429. Not bad for a phone with such cutting-edge technology.

‘Pixel 5a (5G)’ gets early Google Fi reveal, will also be sold through $15/month ‘subscription’ – 9to5Google

iOS 15: How to Share Your Screen on a FaceTime Call – MacRumors